It's all about the rhythms

Posted on 1st February 2018 at 15:57
Biorhythms and how they influence our health
and wellbeing 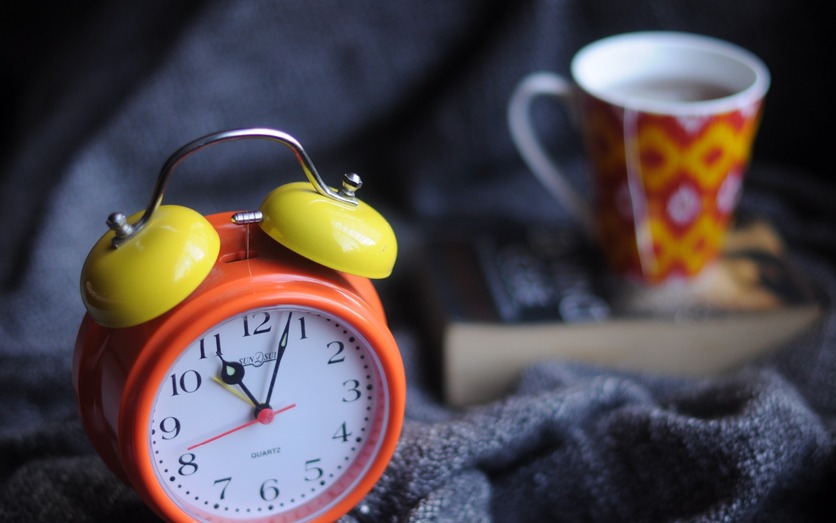 Whilst moon phases have been shown to exert an effect on our health, moods and energy (see yesterday’s blog) our internal organs also work in phases known as biorhythms and these help regulate and restore our health on a continuous basis. An understanding of these processes can be very useful especially as we age, alerting us to potential imbalances and giving us confidence to follow the natural rhythms of the body.
During the course of a day blood is selectively directed to certain organs of the body, depending on their biorhythm and on a person’s activity at the time. Taking midnight as the starting point the organs function at their full capacity as follows: gallbladder 11pm–1am, liver 1am–3am, lungs 3am-5am, large intestine 5am-7am, stomach 7am-9am, spleen and pancreas 9am-11am, heart 11am-1pm, small intestine 1pm-3pm, bladder 3pm-5pm, kidneys 5pm-7pm and blood circulation 7pm-9pm.
If we look at a day in our lives from an internal organ perspective this is what we should see:
7am-9am - the functions of the stomach are at their maximum, so breakfast is best taken in a leisurely manner. The quality and quantity of the food we eat at this meal is important and varies from person to person. A warm cup of tea relieves the stomach whilst coffee is over-stimulating. Intense exercising is inadvisable as it interferes with the digestive process.
9am-11am - the spleen and pancreas are working hard, while the stomach is resting. During this time, it is important not consume sweets, biscuits, cakes, processed snack foods or energy drinks as these disrupt the pancreas’ control over blood sugar levels. The capacity to learn and function intellectually at this time is at a maximum.
11am-1pm is the time when the activity of the heart is at full capacity. Heavy meals are not recommended as they require additional energy consumption which has to be diverted from the heart. Physical exercise should be moderate too due to lower brain oxygenation. Most cases of stroke occur at this time of day.
1pm-3pm is when the small intestine, which plays an important role in digestive function, works at it’s hardest. This process is prone to disruption by stress and anxiety so lunch should be eaten as slowly and calmly as possible. Muscular tone increases after this time and the body becomes more inclined to exercise.
3pm-5pm - the bladder works at its maximum. Together with the kidneys it plays an important role in the detoxification of the body. Diuretic teas will have maximum effect if they are drunk during these hours and up until 7pm. Physical activity is beneficial at this time.
5pm-7pm - the kidneys work intensely. If during this time you have both a diuretic tea and a relaxing massage or bath, more efficient detoxification of the body will ensue. After 7pm it’s better not to drink too much fluid as this can interfere with sleep.
7pm-9pm is the time of increased circulation and it is good to exercise during these hours. Afterwards between 9-11pm intense energy accumulates and although this sounds stimulating it is in fact responsible for calming the body, then slowing down functions in preparation for sleep. It is important to go to bed between these hours to enable the body to begin its rest properly.
11pm-1am is the time that the gallbladder’s functions are most intense. This organ aids digestion with its secretions and may cause problems to the entire body if it works inefficiently or has been removed. Those who wake up frequently in the night during this period need to avoid rich, fatty foods in the evenings and follow a healthy diet high in fresh fruit and vegetables.
1am-3am is when the liver works at full capacity. Hot flushes during these hours indicate that the liver is doing its job of detoxifying hormones and other substances. The liver has over 500 functions in the body and damage is felt only in its advanced stages. Resting through sleep and good body heat allow the liver to repair naturally. Liver function is affected adversely by poor diet, alcohol, nicotine and stress, all of which have a much more damaging effect between 1-5am.
3am-5am is the lung’s time to work at their hardest. Many smokers cough intensely as they wake up, because the lungs have worked during these early hours and in the morning they begin expectoration of the toxic build up. Excess mucus in the lungs caused by viruses or poor lung function can have the same effect.
5am-7am - the large intestine is at its maximum function. Food generally remains in the small intestine for around 2 hours and in the large intestine for as long as 20 hours. Evacuation of a properly formed stool on waking is ideal. A liquid stool generally indicates digestion problems in the small intestine, whilst constipation reveals an increased general toxicity level in the body. It is during this time of day that a spike in cortisol levels wakes us up, the secretion of which is highly dependent on our stress levels.
Tagged as: Biorhythms
Share this post: